Quite interesting. Some researchers created a game where you make a fake news organization, and thus learn the techniques they use. After playing, people are more likely to spot fake news.

That can help against the epidemic of fake news, that is now everywhere in the world and really harming everything, from democracy to health.

I have received questions from users about STG FolderPrint Plus and Windows 10, so I downloaded a beta of Windows 10 from Microsoft and tried it.

Everything seems to be fine. You can see a screenshot below. Personally I prefer the Windows 7 UI, though 🙂 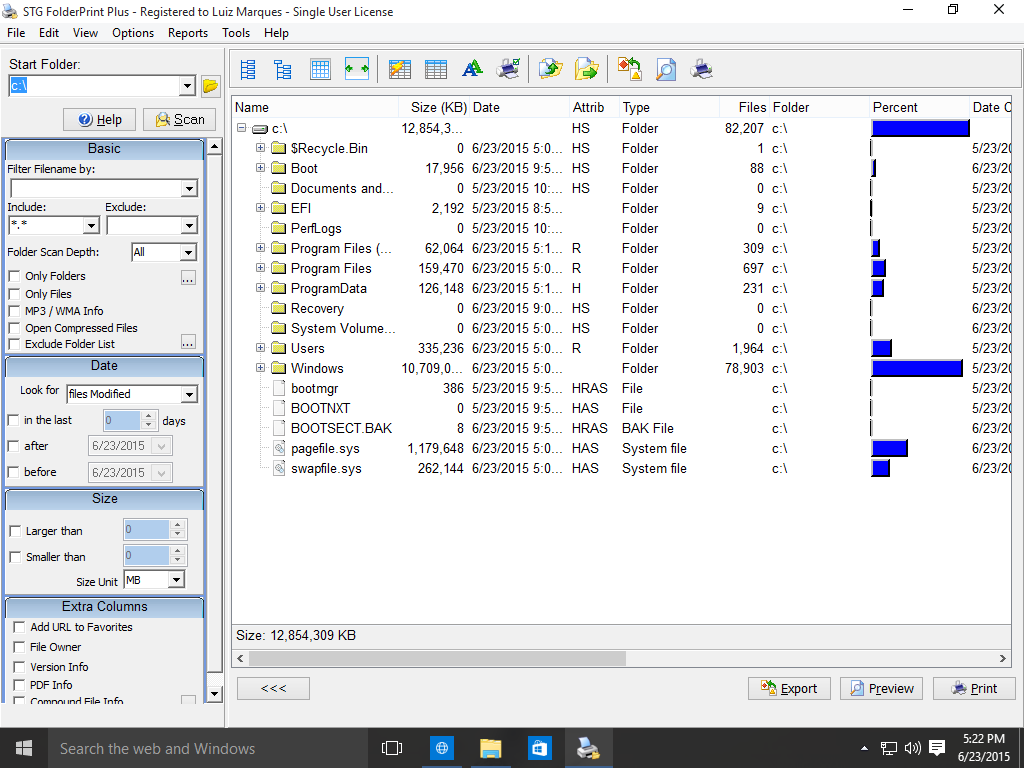 An interesting way to get background gradient animation with CSS3 – basically by using a larger background image and moving the position on hover.

Check out the original article .

MailChimp recently posted an interesting article about how they did their own e-mail marketing for a new app.

What I liked the most was the view on how they segment their list to maximize the impact of the e-mail they sent, while at the same time having minimal unsubscribes.

Interesting article on a few techniques to grow your e-mail list.

The scroll-triggered box is very, very old, as are most of the others, but they are still very useful and good ideas.

Some very nice effects with sources listed in this article .

My favorites (with direct links and images):

– black and white images (might try these for STGThumb albums)

This weekend I have moved this blog from my main site – STGSYS.COM – to STGSYS.NET.

The main reason is simple – on the other server, WordPress was horribly slow. Several times I was unable to fix errors or add information in posts, because the server would time out.

Even when it worked, it still took a long time to get anything done – and sometimes, to load any page. As an extra minus, looks like several plugins were not made to handle Windows servers, and just failed.

I have to say that Crystaltech support (or whatever their name is now, it keeps changing) was quite helpful on the several times that I contacted them. But just moving the blog was way easier.

Since I had to make changes, I switched the theme from Aspire (which was very buggy for me) to Inspire. Inspire has nice documentation, and is fairly well behaved. I also like how it looks.

Last week I tried a simplified version of my page for Print Folder tool – STG FolderPrint Plus – using Inspire, but A/B testing on Optimizely gave me terrible results, so I'm shelving that for now.

Just enter your e-mail below and click on subscribe to get all our blog updates Don't worry, we will never spam you or share your address.

We use cookies to ensure that we give you the best experience on our website. If you continue to use this site we will assume that you are happy with it.Accept